The Attacks in Paris:

What Happened at Each Location

By THE NEW YORK TIMES NOV. 13, 2015
French television and news services reported that more than 100 people were killed and many more wounded in multiple attacks across Paris on Friday night. Here are the locations of the attacks that were confirmed as of 6 a.m. Paris time. Related Article Latest Updates
1 Concert venue
At least 80 dead after police raid to end hostage situation.
2 Restaurant
Gunmen open fire, killing about 18.
3 Restaurant
Gunmen kill about 14 and wound many.
4 Stadium
At least two explosions are heard during a soccer game.
Other sites
About six more are killed.

Most deaths appear to have occurred at the Bataclan, a popular concert venue. About 9:30 p.m., several attackers entered and began shooting. The gunmen began taking hostages around 10 p.m. After a raid by security forces, the French news media quoted officials as saying that at least 80 people had been killed here.

Gunmen aimed at a restaurant at the corner of Rue de Charonne and Rue Faidherbe. Prosecutors said about 18 people were killed in this area. 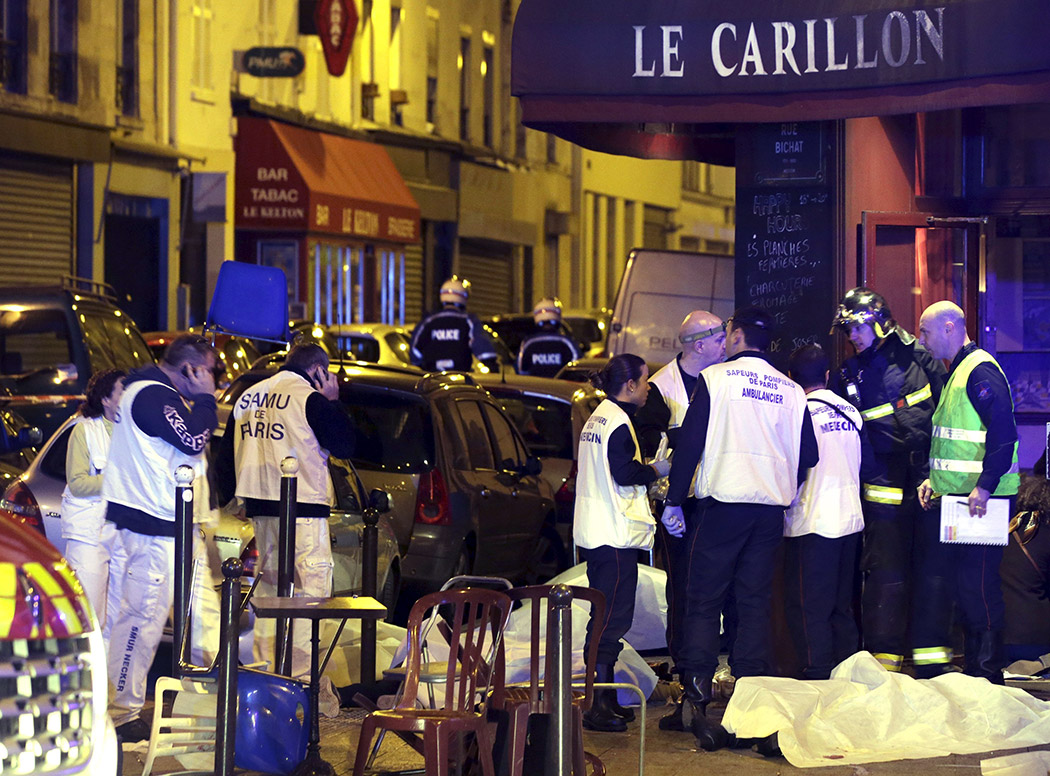 At least two explosions were heard outside the Stade de France, the country’s main sports stadium, during a France-Germany soccer match. The French president, François Hollande, who was at the game, was evacuated from the stadium.